(c) Text - Igor Stipić. The work may be cited according to academic standards. This work may be copied and redistributed for non-commercial, educational purposes, if permission is granted by the authors.

Will “the cradle of neoliberalism” also become its grave, as the new President of Chile promises? Igor Stipić, doctoral researcher at the Leibniz ScienceCampus, explores critically the dominant narrative of the 2021 presidential election being fought by two candidates reflecting polar opposites on the political scale – radical left and populist right. Instead, the text highlights the radical compromises the new president Gabriel Borić might need to make as he seeks to create a broad tent that will lead a society marked by recent protests towards democratic stability and fairness. 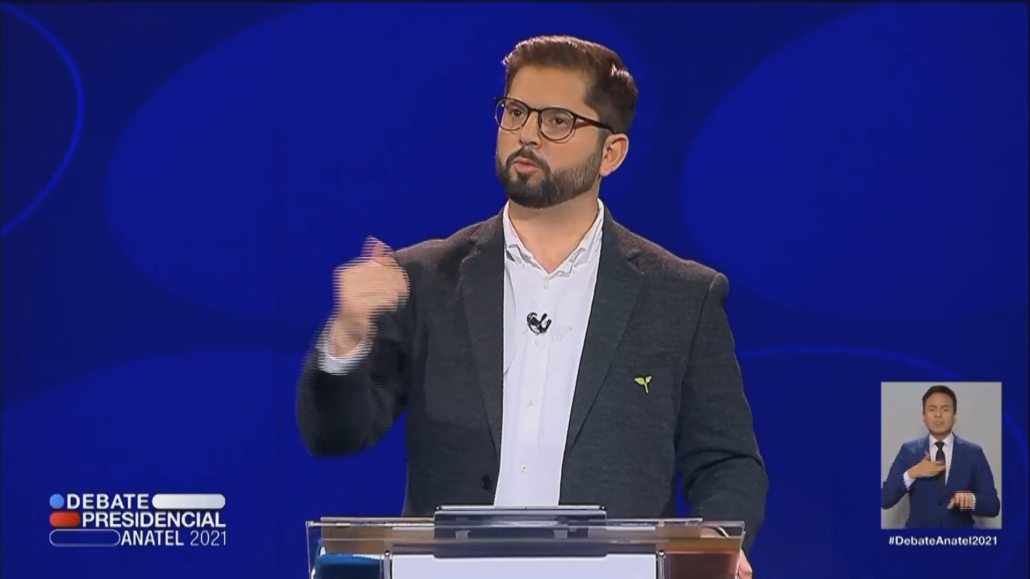 It is the late afternoon of 19 December 2021. Thousands of Chileans are taking the streets in celebration of what was declared yet another historical victory of ‘the people’. Once again, hopes of overcoming troubled memories of violent dictatorship and the harsh realities of its socio-economic legacy seem to have won the day. Those occupying the central square appear trustful that probably the most ferocious neoliberal regime existing on the planet earth can be defeated.

This new hope is centred around Gabriel Borić, presidential candidate of the Approve Dignity coalition who at the age of 36 is set to become the youngest president in Chile’s history. Entering the stage, Gabriel salutes the cheering crowds and recognizes the larger struggle of which he forms part by declaring himself an “inheritor of history.”  The president-elect positions himself within the wider plight of many of the Chilean people’s desire to put an end to an unbridled neoliberal regime established in the aftermath of the 1973 coup d’état and continued with newly injected joie de vivre even in the times of post-authoritarian transition that began in 1989. Speaking to those who gathered in hope for different kind of country, the new president declared how his victory points towards “change in the historical cycle” where Chile, the cradle of neoliberalism, in his view, is set to become its grave.

It is difficult to escape the impression that the triumph of Gabriel Borić somehow embodies the victory of those who have been excluded from the spheres of political decision making in post-transitional Chile. Here, despite the so-called return to democracy, remnants of authoritarianism remained deeply entrenched within the logic of unbridled capitalism that saw the provision of all social services (education, healthcare, and pension system) dominated by the ideology of privatization. With this in mind, post-transitional Chile embodied the Gatopardistic type of social transformation, becoming a country where everything changed so that everything could remain the same.

In a nutshell: this latest electoral victory can be interpreted as convergence of four important anti-neoliberal social movements that took the streets in post-dictatorial times: educational, welfare, feminist, and ecologist. It is within such context that Borić claimed his legitimacy as the leader of 2011 student movement that demanded free, quality public education for all. Furthermore, different types of popular dissatisfaction found their most powerful expression in the ‘Popular Revolt’ of 2019. Lasting for months and ending only due to the emergence of global pandemic, the October uprising became the most extensive, violent, and significant revolt in Chile’s history.

The uprising ended with an agreement signed by the political elites that called for general elections for constitutive assembly – a political organ that was charged with the task of writing the first democratic constitution in the history of the country. Even though both Borić and his political allies were highly criticized during the protests since they were also considered to be part of the elites, they capitalized on public sentiment that emerged during mobilization and defined their new coalition – Approve Dignity – in accordance with the main demand circulating the streets of Santiago in those days. The coalition, consisting of the Wider Front (Borić’s party), Communist Party, and Green Regionalist Party, ultimately chose Borić as its candidate for the presidency of Chile.

In recent days, Gabriel Borić has likewise raised interest in Southeast Europe, mainly due to the fact that his ancestors are from the region. Thus, emerging reports indicated how it was his great grandfather who in 1897 emigrated from the Croatian island of Ugljan to the other end of the world in search of better fortune.[1] Like many at the time, Borić’s grandfather most likely emigrated from the region due to the spread of pernaspora, or downy mildew, which was devastating the grape industry in large parts of Europe.

Similarly, Jose Antonio Kast, the main opponent of Gabriel in the final round of presidential elections, also has roots in a family of migrants that arrived to the shores of Chile only during the post-colonial times. That is, Jose Antonio Kast’s father moved from Germany to Chile in the aftermath of the WWII, in which he participated as a member of the Nazi army.[2] In sharp contrast to Borić, Jose Antonio Kast is a staunch defender of the legacy of dictatorship. Claiming that “If Pinochet were alive, he would vote for me”, the candidate of the Republican Party of Chile rode the wave of the global populist right during the campaign and focused on the issues of migration, anti-LGBTQI rights, rejection of reproductive rights, and has gone as far as to promise amnesty to members of Chilean armed forces imprisoned for human rights violations in the aftermath of dictatorship. At the same time, Kast opposed free education, declared his unwillingness to change the privatized system of social security, and staunchly despised any feminist ideas.

With this in mind, Kast is without a doubt proponent of radical social change, but the one that is directed towards the right.  Thus while a large section of the traditional political right led by current president Sebastian Piňera in recent years decided to adjust their political stance in response to rising demands of Chilean population, like accepting the critique of dictatorship and showing more sympathy towards feminist ideas, Kast has done just the opposite. Criticizing their new postulates, Kast abandoned the political sector to which he previously belonged and forged a new political space that at the moment is the only one still outrightly cherishing the legacy of Augusto Pinochet.

Nevertheless, while the idea of the two extremes became quite popular in international media during the electoral campaign, it is important to underline that Gabriel Borić, unlike his opponent, can hardly be identified as proponent of radical social change. Thus, while the new president advocates policies that would tackle issues of poverty, education, social security, reproductive rights, and cultural recognition, he has declared that any kind of social change needs to be achieved through dialogue across all parts of the Chilean political landscape. His stance is more understandable if we bear in mind how the distribution of forces in both parliament and congress are not tilted in favour of the incoming president.

Moreover, during the last month of the campaign Borić moved significantly towards the centre of political spectrum, reassuring once and again that the main focus of his government will be maintaining functional democracy and macro-economic stability. He has thus even declared himself willing to incorporate into the future government members of the ‘older’ elites who, despite suffering electoral defeat, have proven their credentials within the ruling economic circles during the period of the last three decades. In this sense, while remaining aligned with wider ecologist, feminist, and cultural concerns, Borić has recently become less outspoken in his stance against capitalism and has, in order to increase his credibility among investors, defined that his project is not of a socialist nature, but rather that he aspires to convert Chile into a social democracy of European type. With this in mind, while decreasing expectations of some of his supporters, Boric has affirmed in his presidential speech that the next government will advance forward with “firm but short steps.”

Considering what I have outlined above, I believe that the biggest challenge facing Borić during the upcoming presidency will not be cultural or sexual rights, but rather the reform of the pension and healthcare system and the long desired but never accomplished establishment of free and quality public education. This situation is likely to cause the new president frictions with subaltern groups, such as lower classes living on the peripheries of big cities who were highly engaged in the popular revolt and that tend to associate with more radical political sectors suspicions of institutional politics. Up until now, these groups have only reluctantly supported his bid for presidency, doing it more out of spite for the fascist and authoritarian postulates of Kast than out of true belief that Borić was really their candidate. Given the fact that their votes were crucial for turning this election into one with the highest level of participation in the history of Chile, with Borić being elected president with the highest number of absolute votes ever obtained by a single candidate, he now has to face the difficult task of ensuring their support in the future.

Leaving aside the current hype in the wake of the election, it should not be overlooked that Chile is still a country where 86% of the population believes that politicians govern only for the powerful elites.[3] That is, the system which resulted in 2019 uprisings, but also in other social movements that preceded it, remains to this day essentially unchanged. Even more, despite the fact the majority of Chileans have already elected centre-left governments five times since the transition to democracy, policies that were actually implemented have on many occasions differed from the promises made during the campaign.

Therefore, while I consider the desire of the new president to safeguard democracy as an important one, I am also afraid that his attempt to satisfy all sides and juggle distinct sectors that form part of his multi-layered coalition could lead to a stalemate that may create conditions favourable to yet another wave of social protest and change in historical cycle. And this would hardly be a novelty to any observer of Chilean historical processes. Perhaps again everything will change just to remain the same?

(c) Text - Igor Stipić. The work may be cited according to academic standards. This work may be copied and redistributed for non-commercial, educational purposes, if permission is granted by the authors. 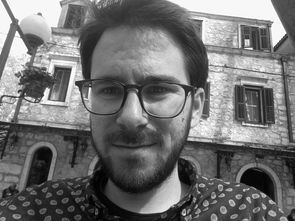 gor Stipić holds an MA in Political and Social Studies from the University of Alberto Hurtado in Santiago de Chile and another MA in Political Economy from the University of Economics in Prague. After finishing his master’s studies, Igor worked for four years as a Research Fellow at the Institute of Advanced Studies in Köszeg (iASK), where he also lectured on the International Studies MA program at the University of Pannonia (Hungary). Currently, Mr. Stipić is a doctoral candidate in Sociology and Political Anthropology at the University of Regensburg and Leibniz Institute for East and Southeast European Studies (IOS). His doctoral research project is titled The State and its Students: Hegemonic structures, subaltern pedagogies and fractured community in Bosnia and Chile. It adopts an ethnographic approach to studying anti-hegemonic high-school social movements in the two societies, while also making both subaltern and critical theory-based contributions for studying social formations known as nation-states. In his work Igor engages with interdisciplinary approaches, combining insights from the fields of sociology, anthropology, and critical theory. His research focuses on South East Europe and South America.